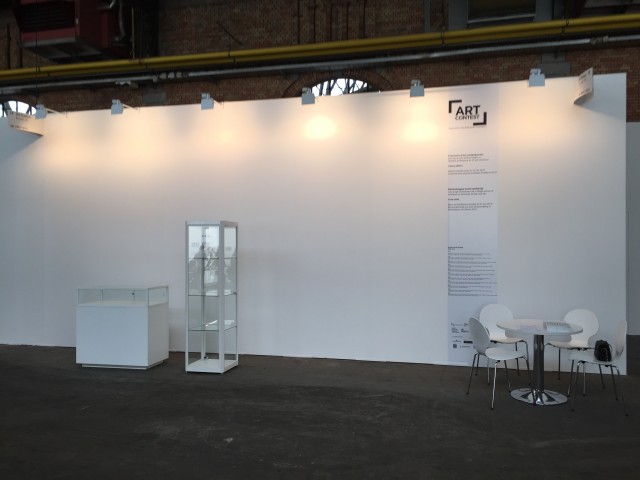 In the context of Art Brussels, Vilanova is showing a couple of empty showcases in the Art Contest’s booth. This showcases are directly related to the installation Without Distinction (2016), one of the pieces exhibited now in his solo show at M Museum Leuven. At first sight. March 18 to June 5, 2016.

Without Distinction is a collection of empty showcases. All the showcases come from different museums and institutions in Belgium, from African Museum Tervuren, M Museum Leuven, de Singel Antwerpen or Natural History Museum Brussels. Museums generally use display cases as a neutral presentation format that is pushed into the background, so that full justice is done to the objects they contain. In the installation they are shown for what they are and leaving them empty. Looking back on their ghosts and questioning its neutrality.

The two showcases in the booth are from Ixelles Museum (Brussels), were Vilanova will have a solo show on June 2016, in the context of Art Contest 2015.

Without Distinction is also an artist book published by Christophe Daviet-Thery Paris.


Plus anciens
Plus récents